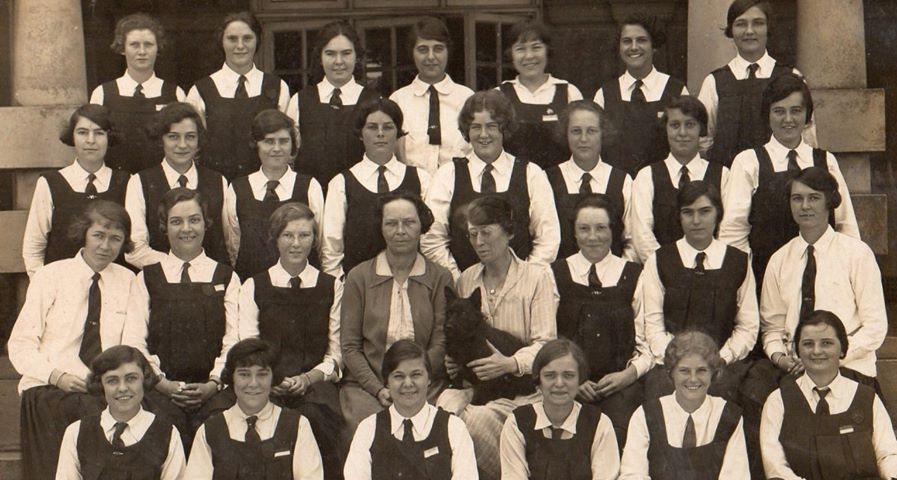 Where it all began...

An advertisement on the front page of The Natal Mercury announced:

“The new Girls’ Model Primary School in Durban will for the present be under the charge of Miss Dore. At this school, instruction in Needlework, Domestic Economy, Singing, Drawing and French is given at no extra charge.”

Durban Girls’ High School, or as it was known then, Durban Girls’ Model School, was established in 1882. The school opened with 113 learners in a building in Albert Street, and went from infants to Grade 9. At first, young boys under eight years also attended until a separate school was established for them. As the numbers increased over the next sixteen years, numerous additions were made to the Albert Street buildings.

In 1889, the Girls’ Model School moved to a new building in Gale Street specially designed to be a girls school. It must be remembered that educating girls was not really considered to be necessary in those days. Government Policy was not to provide high school examinations for girls but the Principal, Miss Amy Beeston, entered candidates privately for external examinations.

Even in those early years it is noteworthy that places for admission were sought after. According to the Government Gazette of September 8, 1896 “[t]he accommodation of girls at Girls’ Model School is stretched almost to its utmost limits and applications are being daily refused.”

Another interesting feature of those early years was the large class sizes. In 1911 there were 405 girls in the school which only had eight large classrooms to house them. That is an average of more than fifty girls per class!

The Second Anglo Boer War broke out on 11 October 1899. The school rallied to supply sheets, pillows and clothes for refugees and the cookery class baked cakes for the troops.

In 1914, the school in Gale Street, known formerly as Durban Girls’ Model School was opened exclusively as a high school and carried the name Durban Girls’ High School. The total roll dropped to 394 as girls in the lower forms – as grades were then known – left and went to local primary schools.

The First World War impinged on the life of the school and the possibility arose that the building “might be required by the military.” 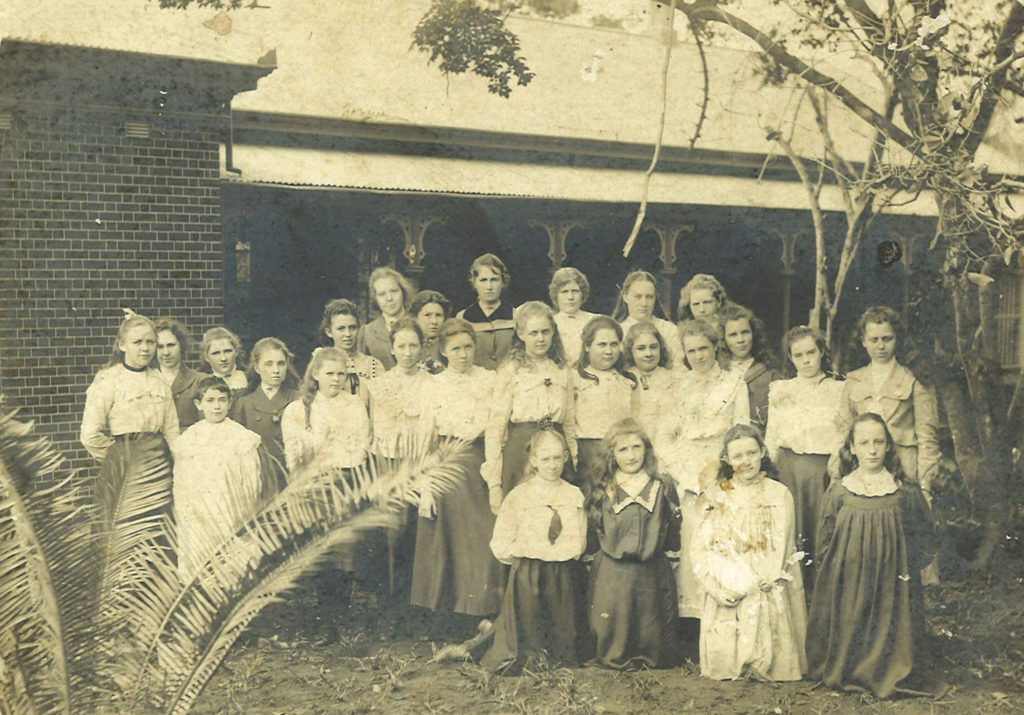 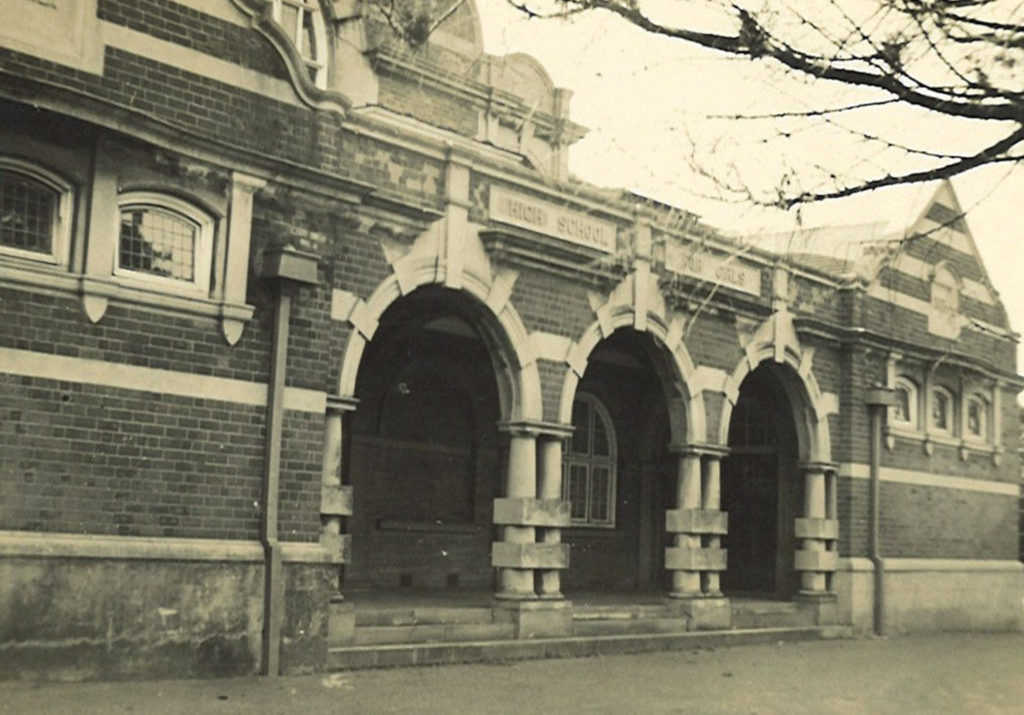 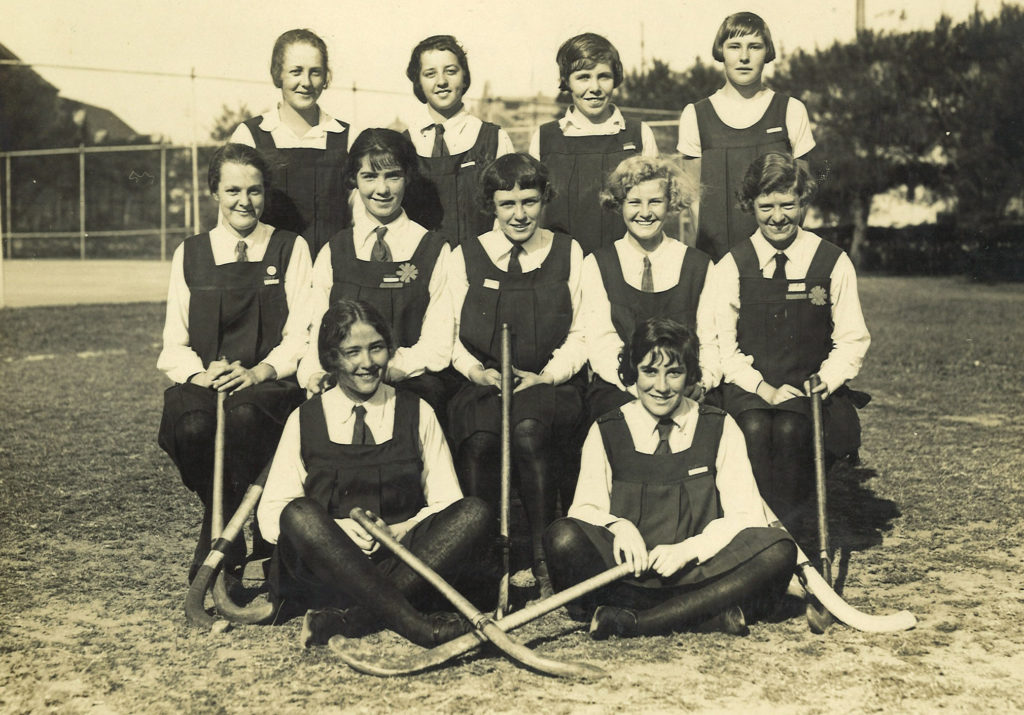 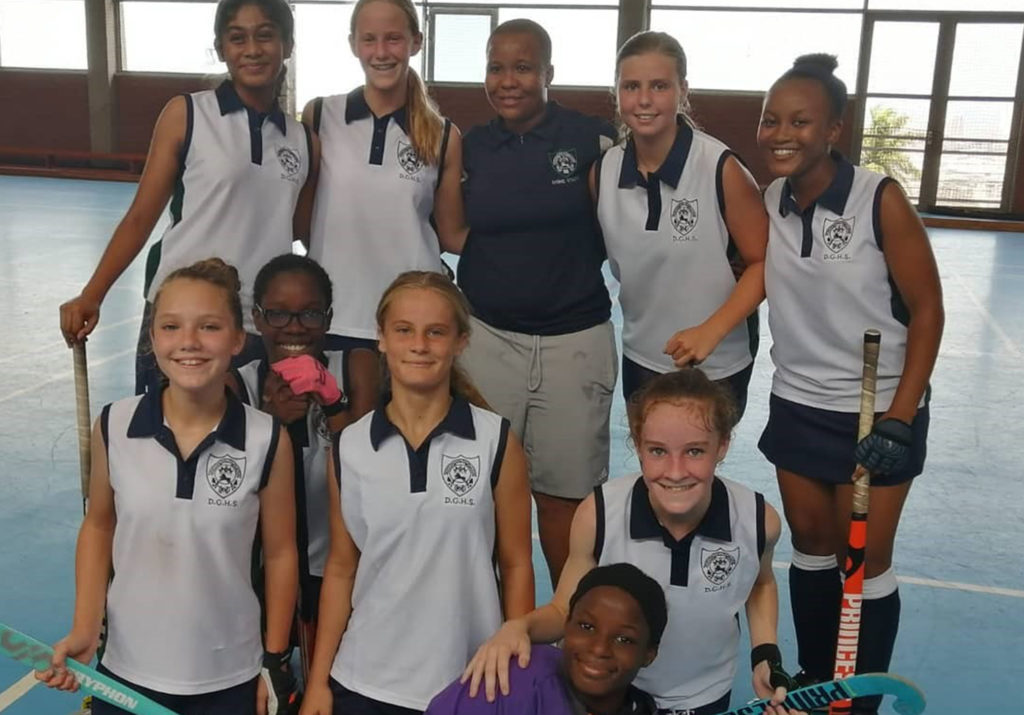 The first school magazine was printed in 1917 and consisted in the main of essays and poems written by the girls. The school also adopted the Latin motto Fortier, Fideliter, Feliciter which replaced the old motto: “Time lost is never regained.”

In 1935 the school adopted its first distinctive school uniform – a navy wrapover pinafore dress worn over a v-necked shirt. This design did not last long and in 1937 cream material dresses with green buttons and belts were introduced.

In August 1924, the school was divided into houses and in 1925 a full time Sports Mistress was employed which led to a general improvement in sport. Tennis courts were built and hockey was introduced.

On 21 December 1925, the inaugural meeting of the Old Girls’ Club was held. This club encouraged Old Girls to maintain their links with the school.

During the 1930s the old Victorian building in Gale Street proved to be totally inadequate – two classes had to share one classroom and lobbying started to take place for a new more suitable building. The present site on which we now stand was selected in 1934 and the plans for the building finalised in August 1937, with the building being completed in 1938. 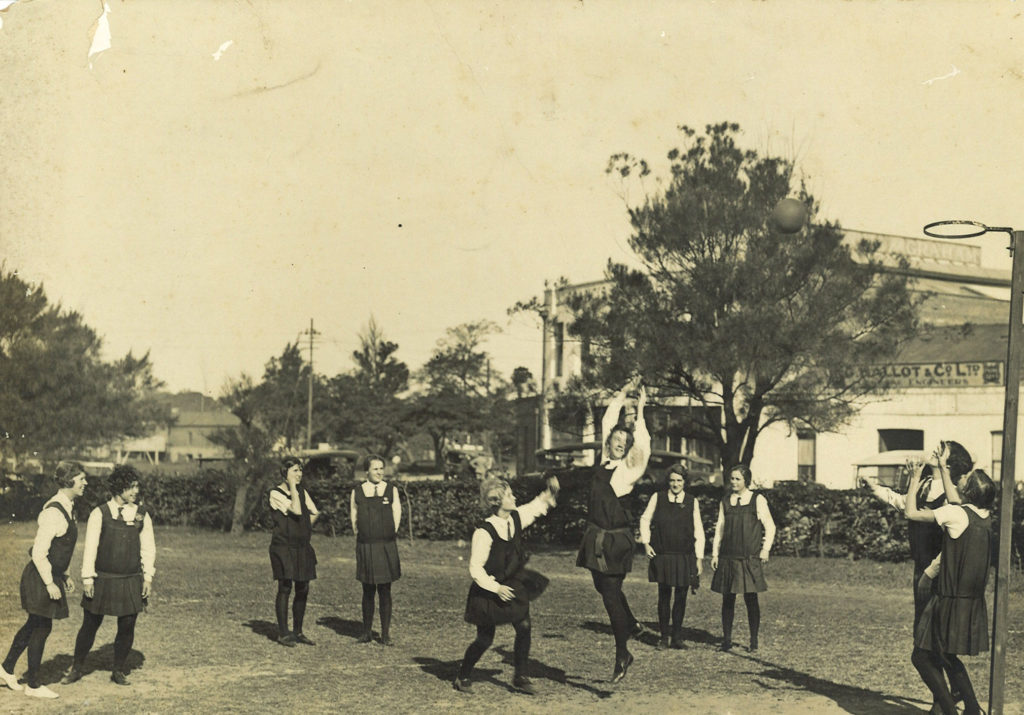 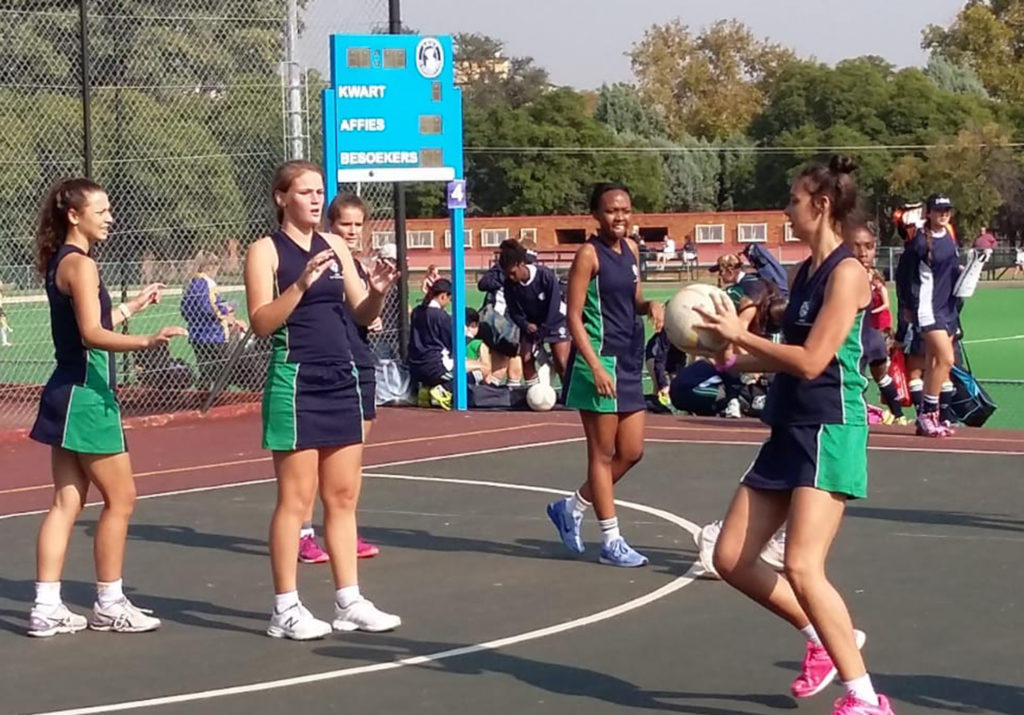 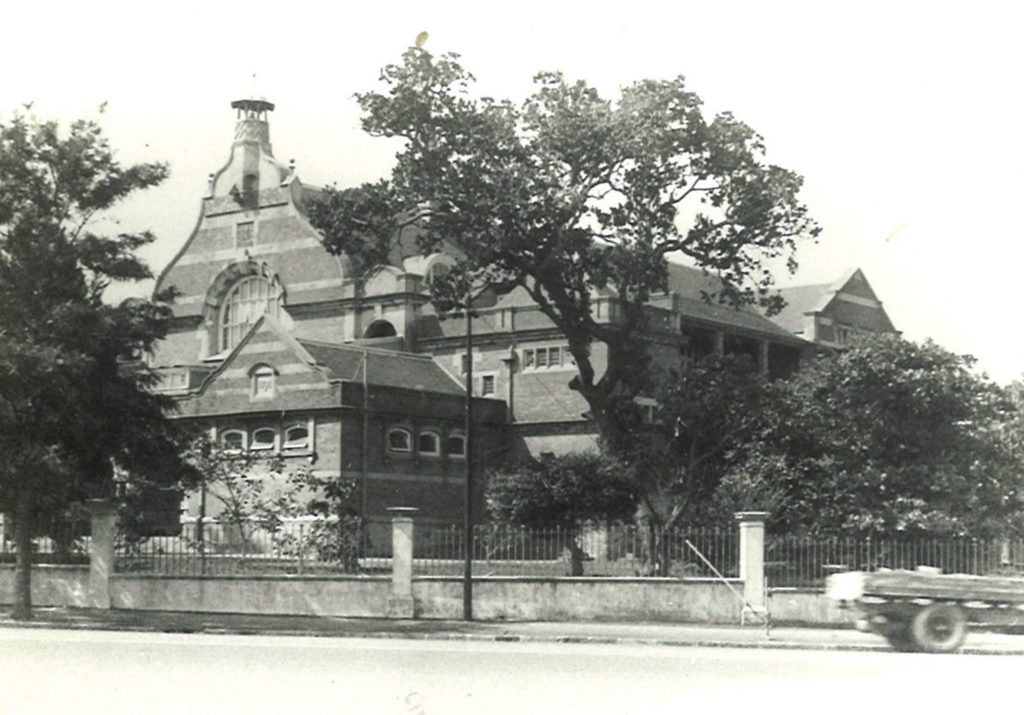 The 1939 school year started in the new building.

The 1940s were dominated by the Second World War and its immediate aftermath. Life in Durban had to adapt to war conditions. Precautions were taken at school and old girls remember varnishing and covering 2500 glass window panes in muslin. Practice drills were held and the girls knelt in the corridors with their heads down, ears covered and rubber stoppers between their teeth. A lot of fund raising was held to support the war effort and the school adopted the Durban Light Infantry as the beneficiary of their charitable efforts. 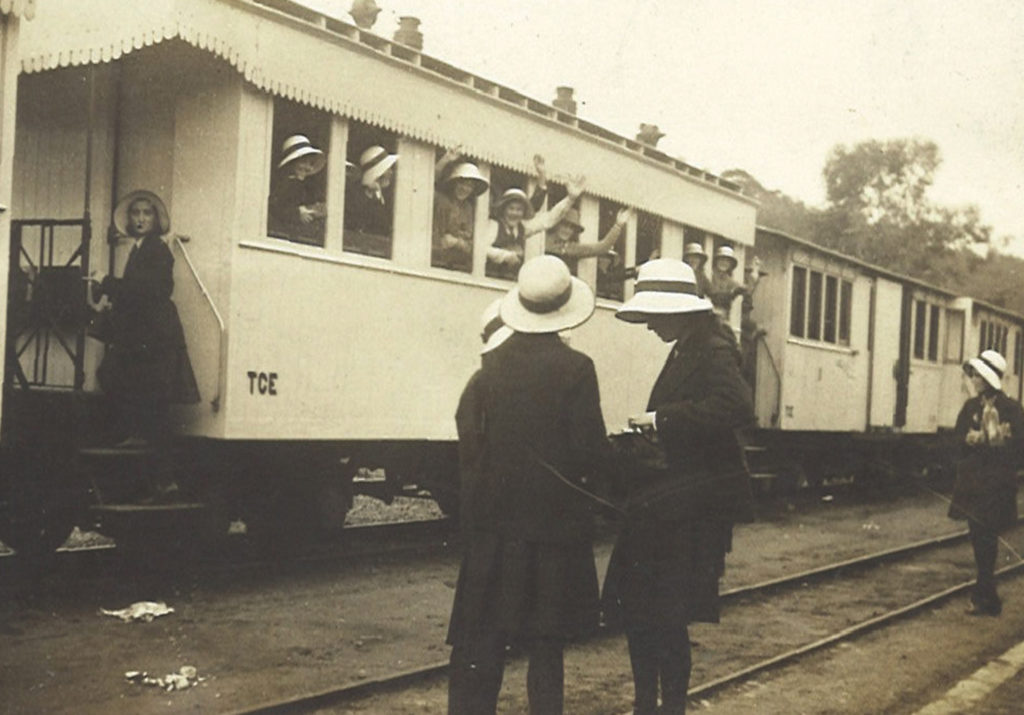 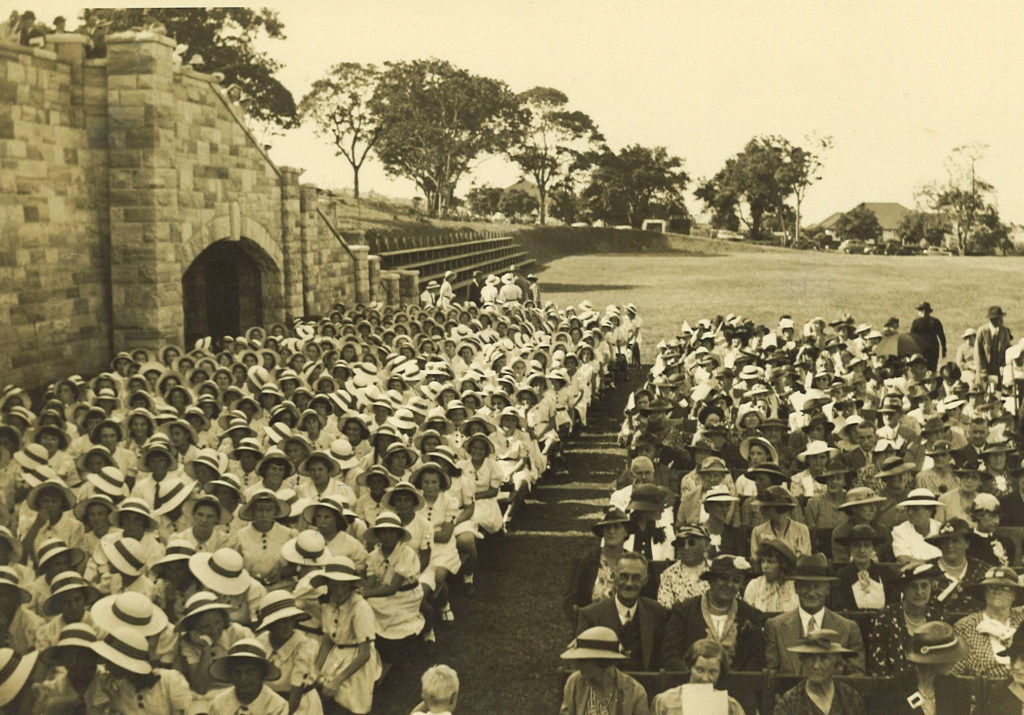 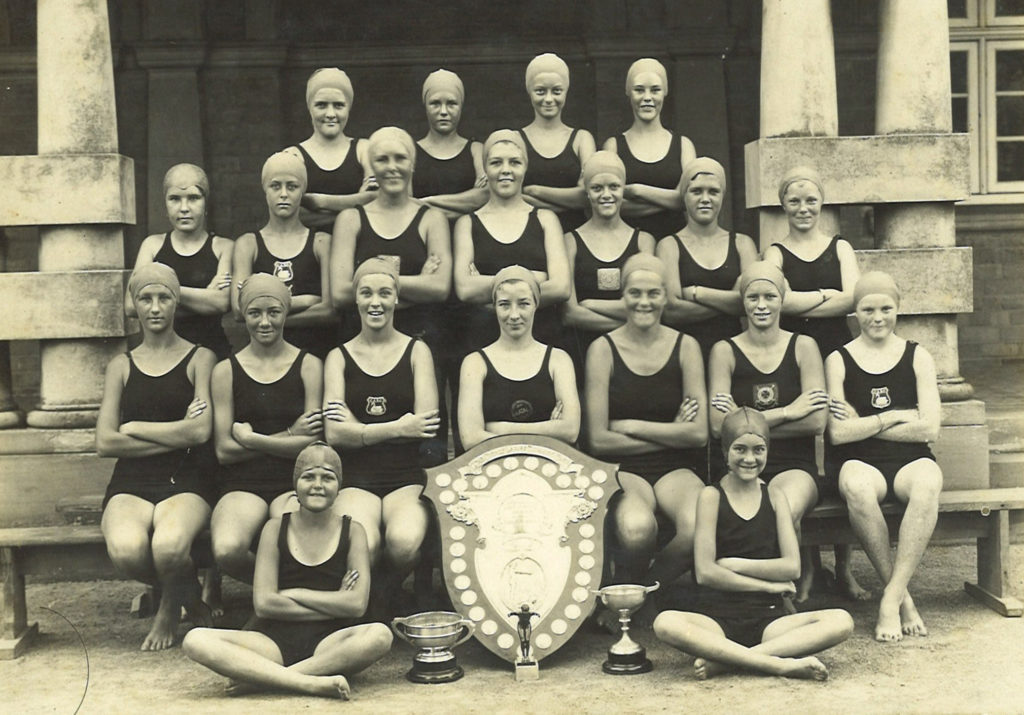 During the fifties contact with the parents was fostered and parents’ evenings were held for the parents to meet their daughters’ teachers. Voting for prefects was formalised and introduced. In 1954 panama hats were reintroduced for summer with a beret for winter. Senior classes were allowed to wear skirts and shirts instead of gym tunics.

In 1954, Miss Martin pledged that Durban Girls’ High School would provide a weekly supply of vegetables for the nursery kitchen from contibutions brought by the girls. This tradition has continued with modifications ever since and that is why we call our charity fundraising initiative Veggie Day.

Also during the fifties the original building was extended and prefabs were built to house the growing number of girls. Building extensions included a new wing with a lift and what we now call the third floor and two staircases were added to the building.

During the Sixties the roll continued to grow and the school uniform moved with the times – the winter uniform was standardised in 1964 with the gym tunic finally dropped for all grades and replaced by a serge skirt. In the seventies there were major changes to the buildings and extra wings were added in front of the school. The builders remained on site for 27 months and the painters only left in 1977. 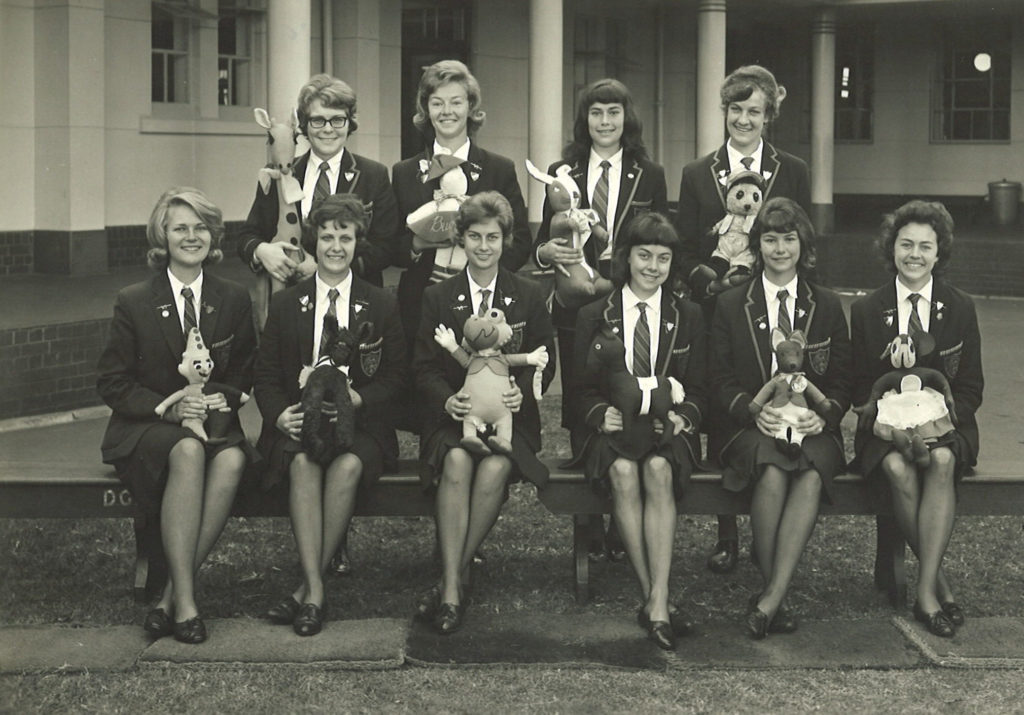 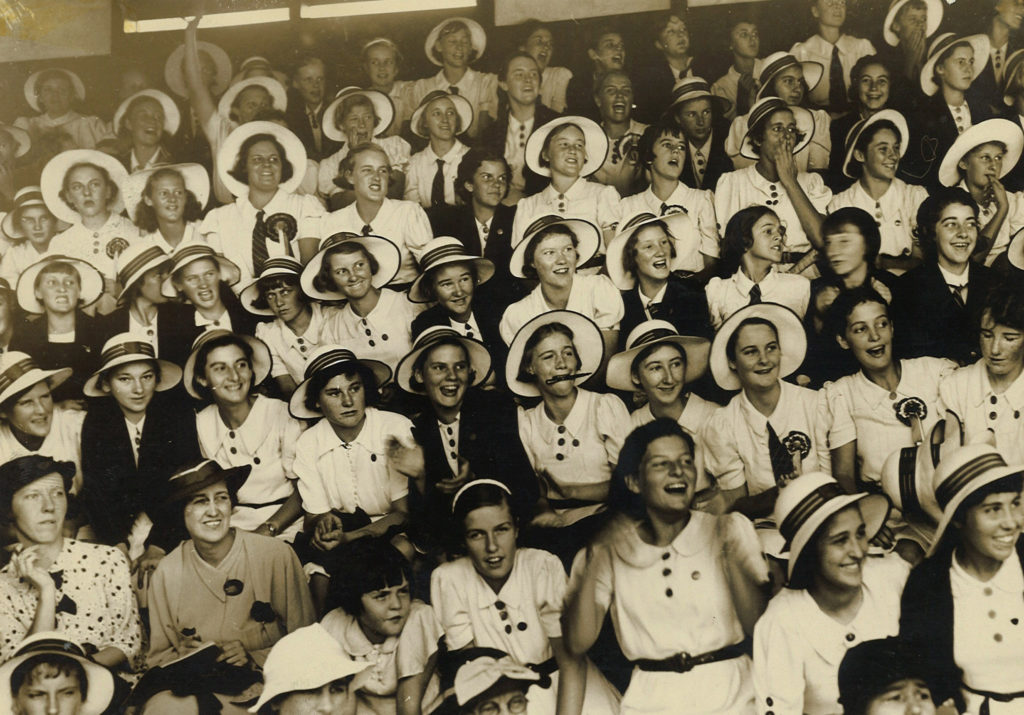 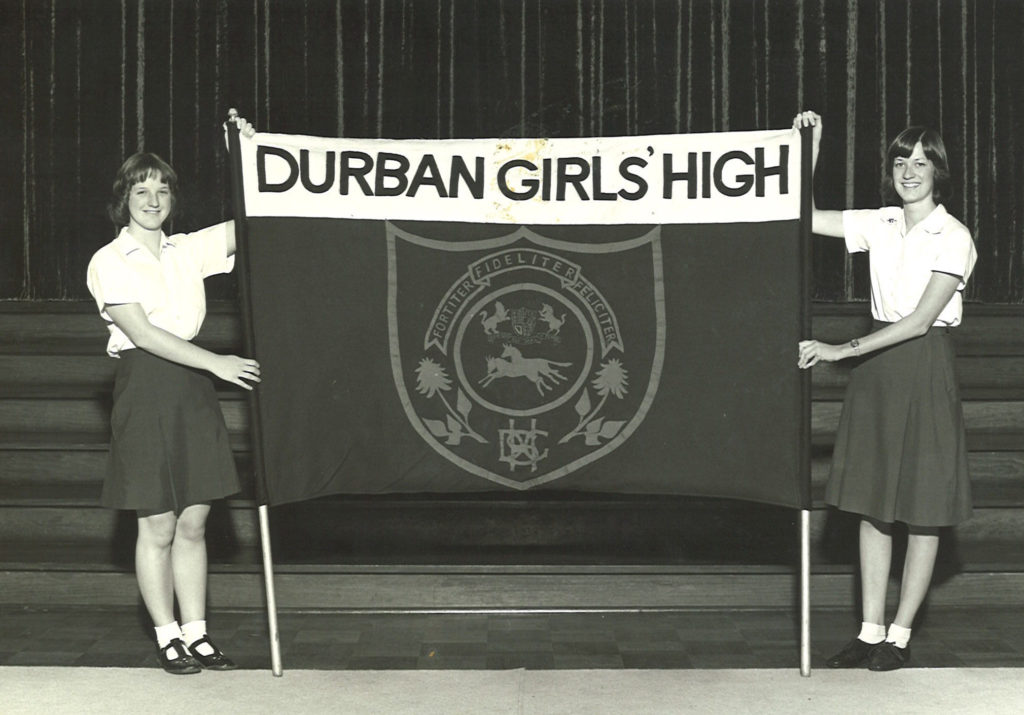 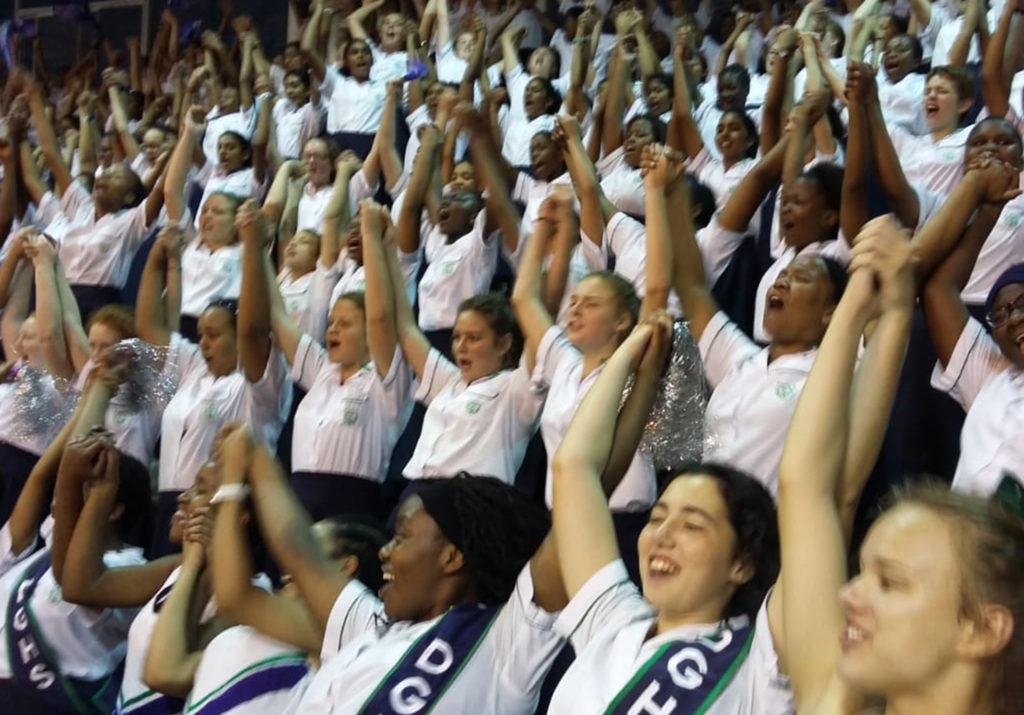 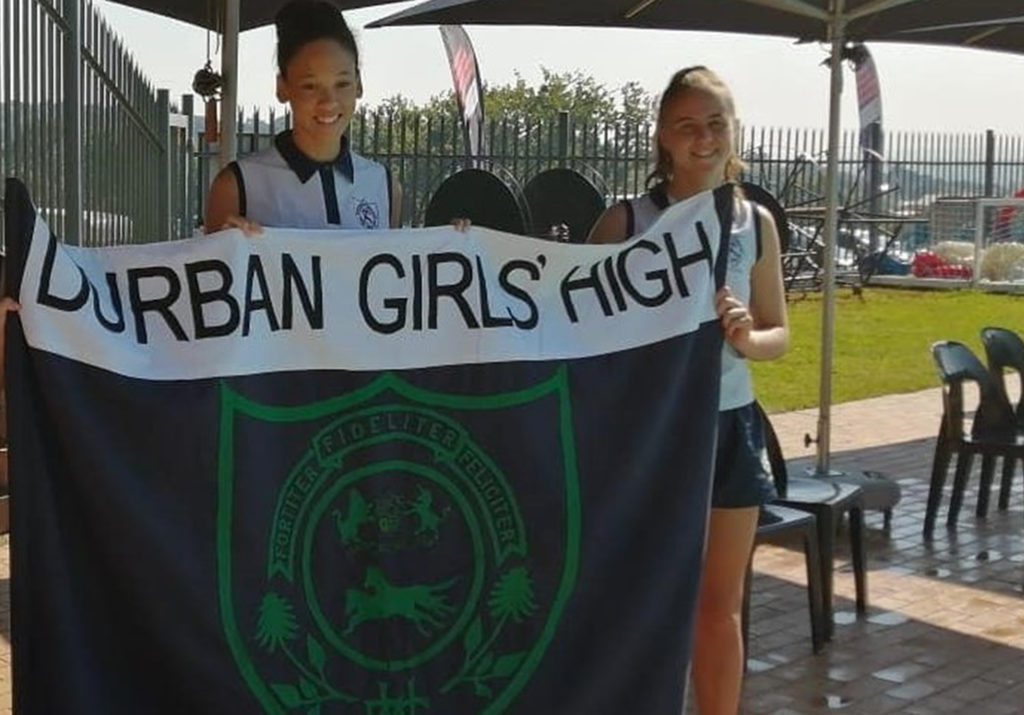 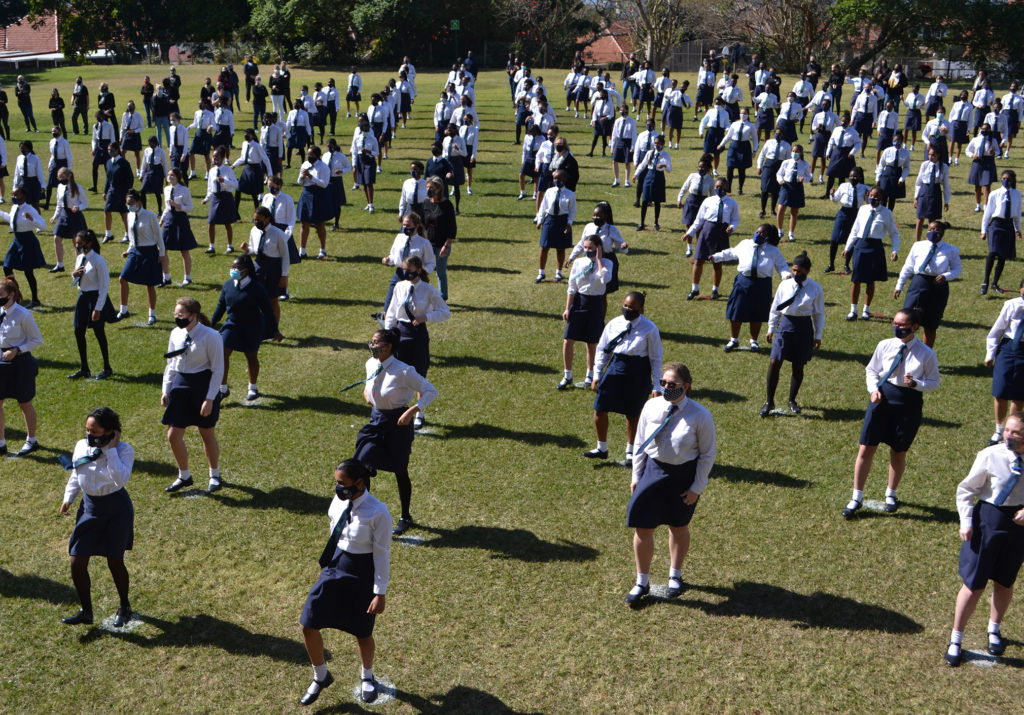 The Eighties were a turbulent decade in South Africa. The political crisis deepened and security at schools continued to be a cause for concern. An outside communication system was installed. Emergency drills continued and every bomb threat was taken seriously.

Against this backdrop Durban Girls’ High School celebrated their Centenary and the Bell Tower was built in commemoration.

The early Nineties brought democracy to South African Schools. Durban Girls’ High School opened its doors to learners of all races on 1 January 1992 and has prospered as a diverse and vibrant institution ever since.

School governance was changed and parents now have a larger say in the management of schools through the inception of School Governing Bodies.

During this decade the school established networked Computer Rooms, and the Anne Martin Science Wing was opened in 1999. Subsequent improvements included the Drama Wing and the addition of change rooms at the swimming pool.

The twenty-first century saw the continuing evolution of our campus with the completion of the Victor Daitz Mathematics Wing and the Erica Hayes-Hill Educational Centre. 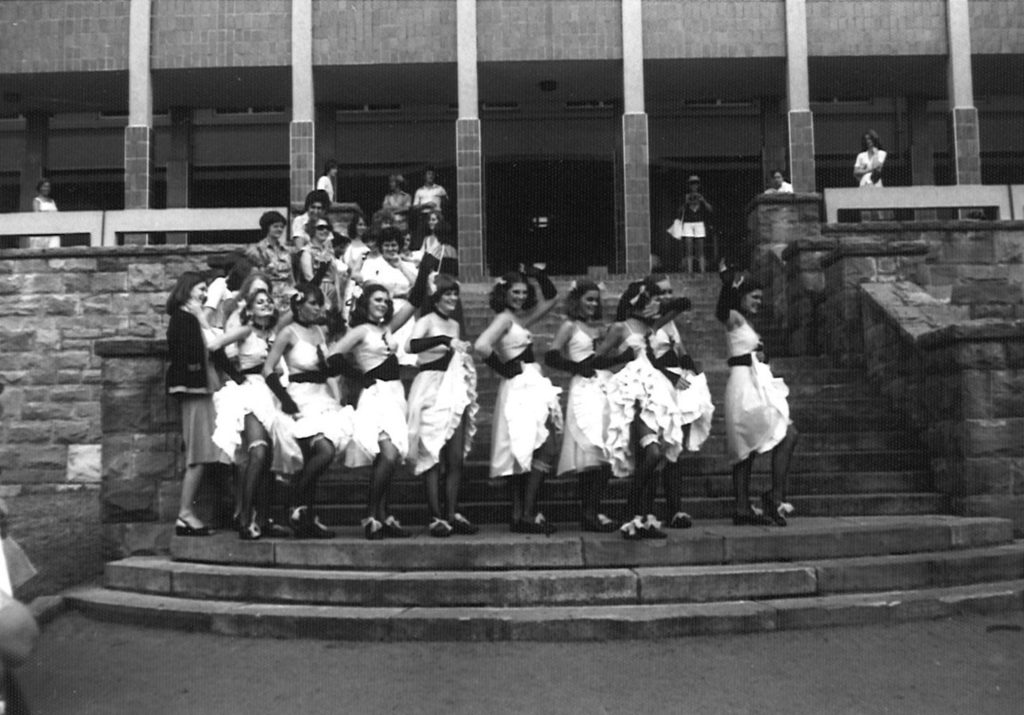 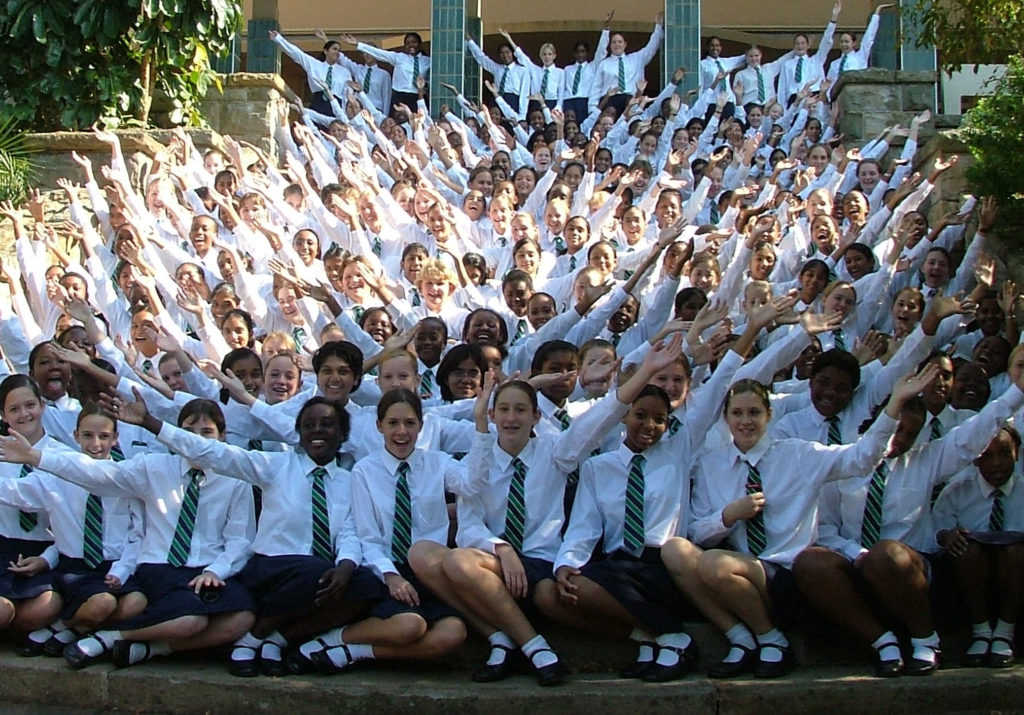 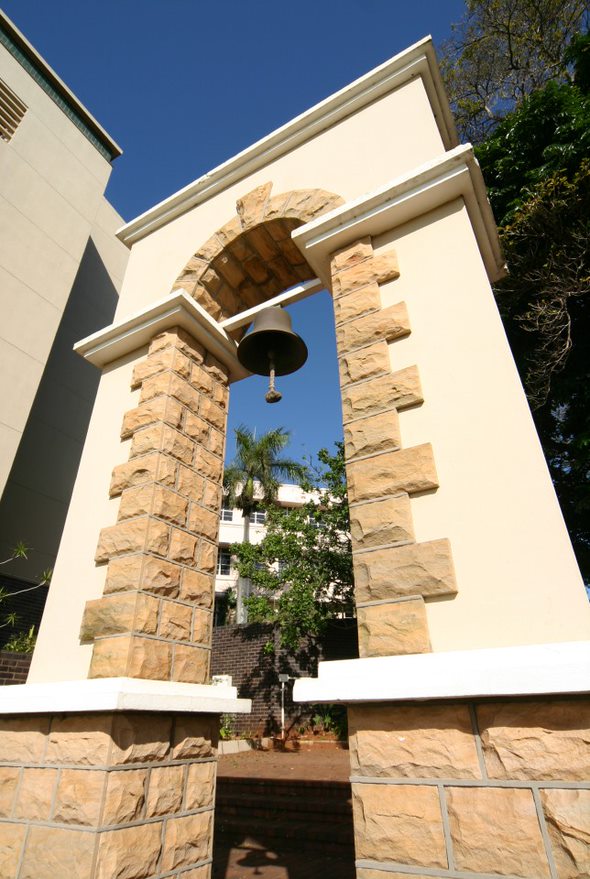